This week Brennan and I finalized the adoption of our son, Theo!  The journey to this point hasn't been easy, but we couldn't be happier.  We went to the courthouse Wednesday morning and waited in a room with children's' toys for about thirty minutes.  When we were called in to the courtroom (they called families in one-by-one), our families were able to come in with us.  The judge said she and our lawyer had taken care of everything and now she was happy to introduce ... and she used his full name with our last name.  It was kind of surreal.  The time in the courtroom took less that 10 minutes.  Now we have him for a lifetime! 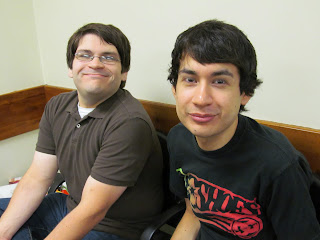 Adam and Jesse (my brother and his fiance) in the waiting room. 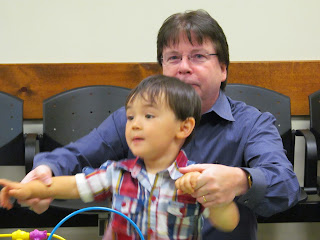 My dad and Theo. 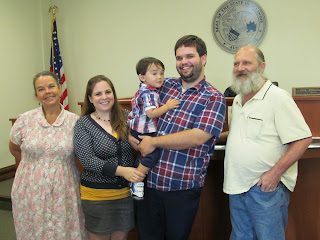 Us with Brennan's parents. 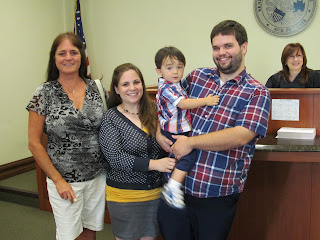 Us with Aunt Terry. 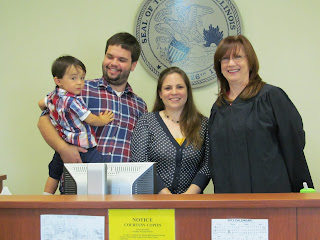 The must-have shot of us with the Judge. 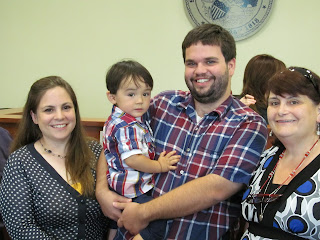 Us with my mom. 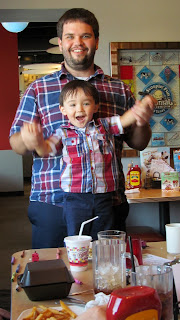 And Brennan and Theo at the restaurant afterward.  Yay!
Posted by Shannon at 2:31 PM 1 comment:

Cutting up a canvas!

One of the bloom true canvases I had just wasn't coming together for me.  I was pretty much done with it, had several images within the canvases I liked, but it wasn't cohesive.  This was it: 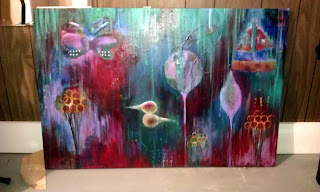 So I decided to cut up the canvas to make several different pictures.  Here are some images of Brennan framing the paintings and of the paintings themselves. 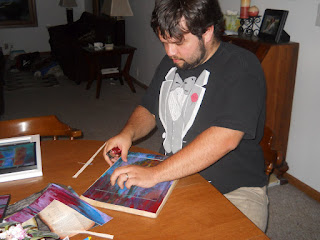 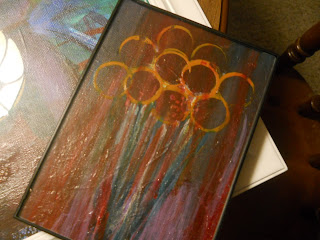 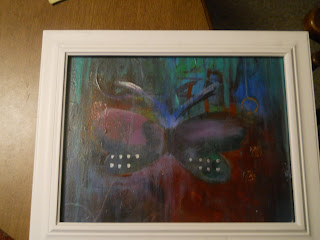 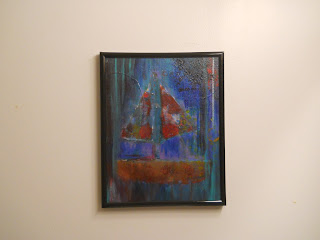 I like the final products.  These paintings are interesting to look at because of the dimension and texture and they were fun to create.  I plan to get some good painting time in this weekend and will hopefully have some good results to share!
Posted by Shannon at 1:36 PM 1 comment:

Ah summer!  It always flies by.  My summer To Do list is still growing but here we are in the middle of July.  We've had some family members come stay with us for awhile so I had to move my painting stuff out to the garage.  I'm not sure how this will affect my paints because it's been so hot lately!  So far it has made them softer - the fluid acrylics even separated a bit and were really fluid.  But hopefully I can make it work.

Here's a wide view of how it's set up.  Fortunately most of the hardware was already out there.  I just brought my art table and easel.  I love having such a big garage.  Now I just need a fan... 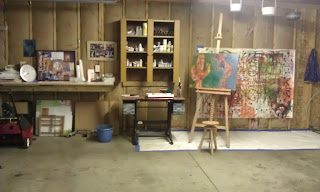 I have to include some pictures of Theo enjoying the new set up.  I don't have to watch him quite as closely out in the garage.  He can have more freedom and fun with the paint and that's a big bonus to the location. 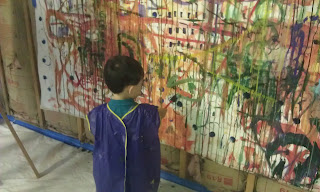 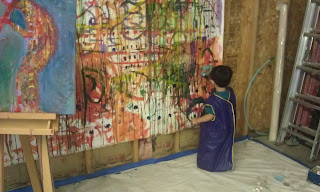 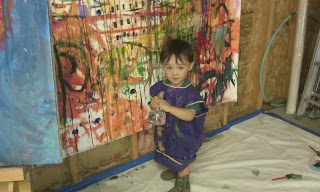 This is the one I'm working on at the moment.  It's my second canvas from the bloom true course. 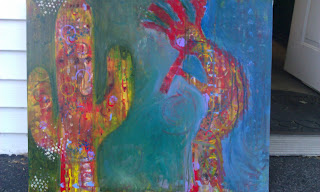 For Mother's Day I decided to make my mom and Theo's biological grandma coasters with our pictures on them.  I found the idea on pinterest.  Naptime Decorator has so many great ideas!

I found tiles the right size for about $0.37 each at Lowe's.  I grabbed a bunch, plus some other sizes for future crafting fun.  I printed out a dozen or so pictures, not sure which would end up being the right size/look for the coasters so I wanted extra.  I think that cost $3-4.  The other materials I needed were sponge brush, mod podge, a clear protective coating - I used polyurethane, and some felt-y super slider things that I gorilla glued to the bottom of the coaster so it wouldn't hurt the furniture.  I had everything except the polyurethane and the sliders  - I borrowed the first and bought the second for about $5 at Lowe's.

With all the materials gathered, I cut the pictures to size, mod podged them to the tiles, covered the images with mod podge (two layers, allowed to dry) and then the polyurethane.  When it was dry I attached the sliders and voila! 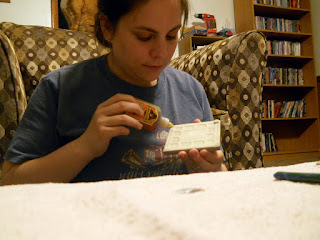 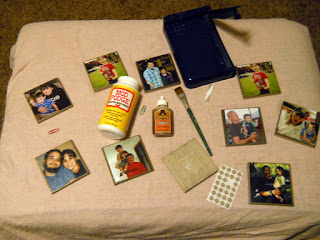 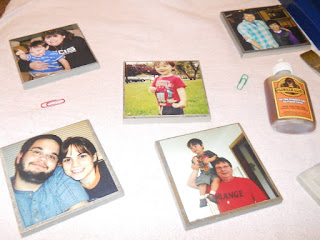 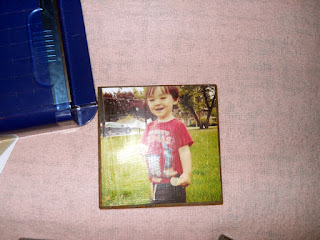 A Family That Needs Help

One thing I love about the blog-o-sphere is that we pull together when someone really needs help.  I read today about a woman, Alice Hansen, who died from complications of childbirth, leaving behind a husband who just graduated with his MBA and doesn't have a job yet, and three small children.  If you can help, here is the blog post by Heidi at Honeybear Lane.  They are accepting donations to help with the funeral, medical expenses, etc.  It was Heidi's brother who just lost his wife.

My thoughts are with this family and especially with Heidi's brother who will have to find a way to be strong for his three kids.
Posted by Shannon at 3:18 PM No comments:

Shannon
My favorite role is wife to the best guy I know. He’s always supportive of my interests which include star trek, reading, baking, and gaming. I've always found arts and crafts therapeutic and about a year ago I got hooked on painting-I’ve been obsessed ever since. So far, my enthusiasm outweighs my skill but I'm determined to improve! You're welcome to join me on this adventure-I'll pass along any tips I find and I'd love critique in return!

"I wondered if that was how forgiveness budded; not with the fanfare of epiphany, but with pain gathering its things, packing up, and slipping away unannounced in the middle of the night."— Khaled Hosseini